An overcast day with a gentle breeze and the threat of showers greeted the 74 participants as they drove into the lovely Cave Castle grounds. 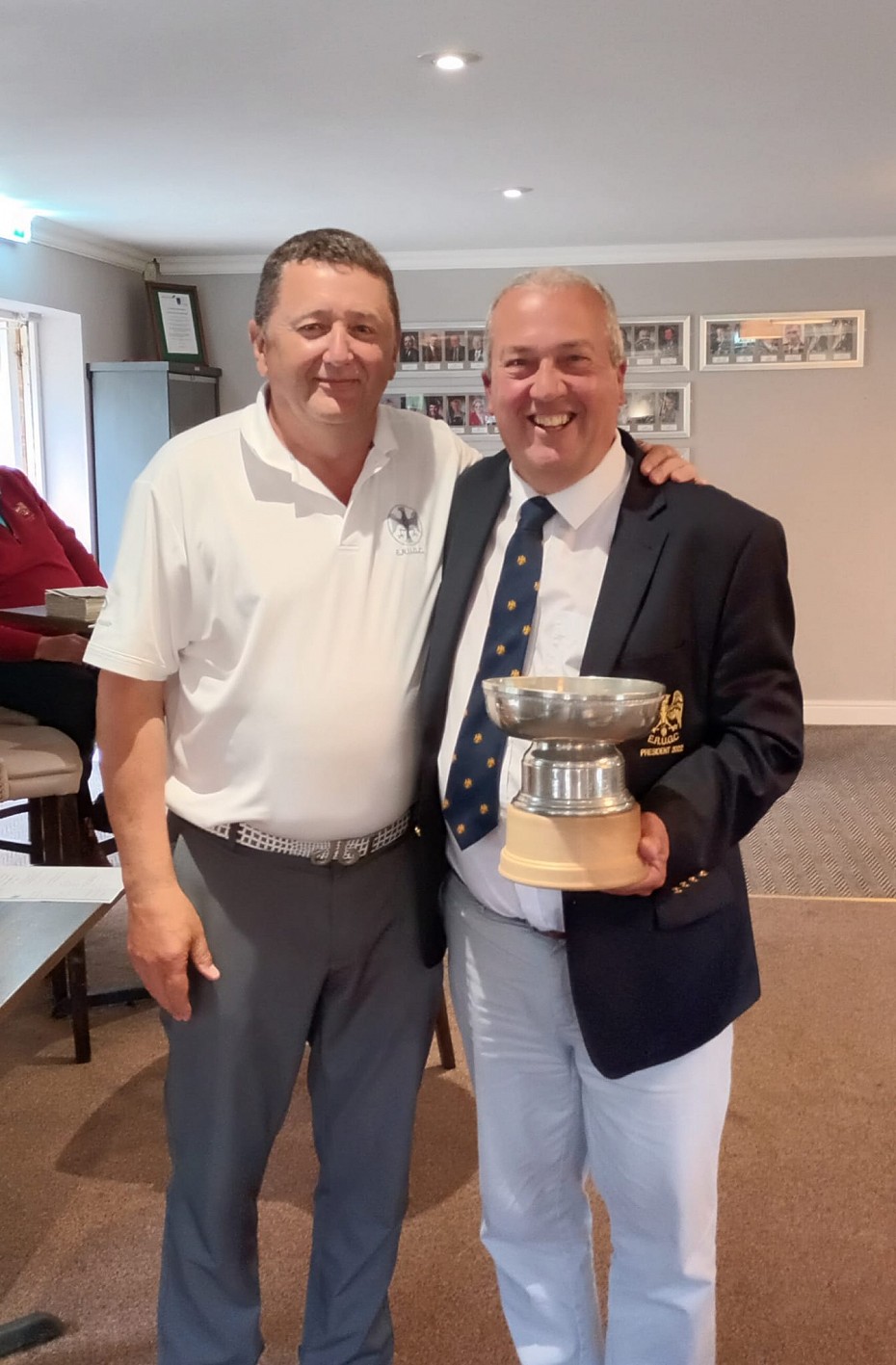 East Riding President, John Illingworth hosted the day at his home course and manned the desk throughout with assistance from his better half, (his own words), Alison.

A maturing and ever improving course, set up in excellent condition, played difficultly throughout the day and the early mark was set by Andy Lockwood (Hessle) who posted a solid 75 (3 over par) in the first group of the day.

This was the only score under 80 posted by the rest of the field until the final few groups when Trevor Loten (Kilnwick Percy) came in with a fine 78 and the 3 players in the final group were left trying to match or better Lockwood’s early target.

The later starters had the worst of the weather with several heavy, but brief, squally showers throughout the afternoon.

Andy Woodhead (Hessle), defending champion, playing in the same group was off the pace and it was not to be his day.

A turnaround started on the 10th - which must be one of the toughest par 4’s in the Union and had only seen 2 pars all day.  Alan birdied the hole and Richard bogeyed to exchange places.

A fine finish to a good day.

Rod Shimwell (Beverley & ER ) in the over 70’s category shot an excellent 81 and Steve Mews (Brough) in the 60-69 category a 84 to win the age group Gross prizes along with Andy Lockwood in the 50-59 age category.

Many players struggled on the tough course but the Net prizes in the various categories were led by Paul West from Kilnwick Percy GC with a best net of the day 67.

Thank you to the Cave Castle GC owner Steve Hoggarth, Club Professional, Steve Mackinder along wth the catering staff and greenkeepers for hosting a great day. There was welcome praise from the players for the course and venue.

Thanks also to our starter Andy Pittaway who as always is a great help on the day.

The next event is the Millennium Championship Final this Saturday 28th May hosted by Sutton Park GC.

Full results are as always on the East Riding Howdidido page here. A full list of prize winners are below and vouchers will be distributed.