For the gross prize and the opportunity to represent the ERUGC in the YIDU Club Team Championship at Horsforth on 11th July, Hull GC strolled to victory with a score of 231 with great performances from Will Storr (73), Jacob Hodgson (78) and ERUGC Junior Captain George Clark (80).

The newly introduced, Frank Barratt Trophy, for the club with the best net score, would also have been won by Hull with 224 but as the rules stipulate that you can't win both, Hessle were victorious with 225. Grace Lambert, Libby Twiddle and Will Sharpe being the team members.

Along with President John Chambers, Frank Barratt's son Neil attended the presentation. Will Storr gave an impressive speech, especially for one so young, on behalf of the winners.

Big thank you to Dave Greenwood and Edward & Eileen Clark for their work in putting on a great day at Hull. 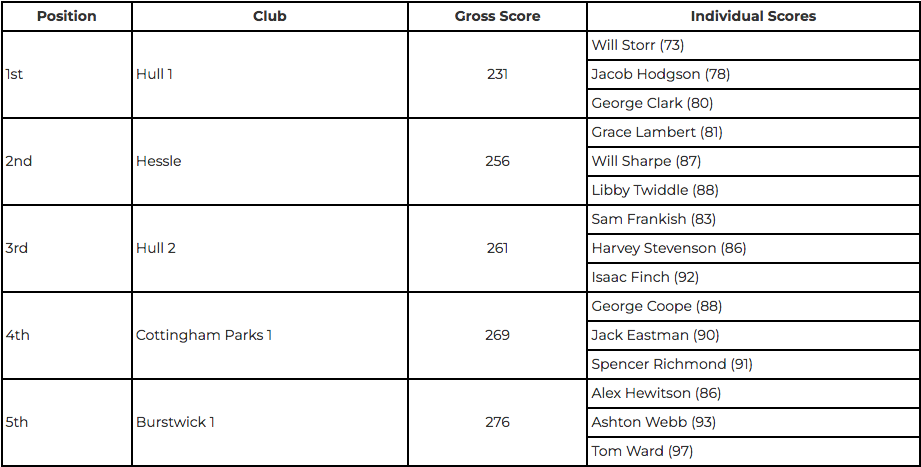