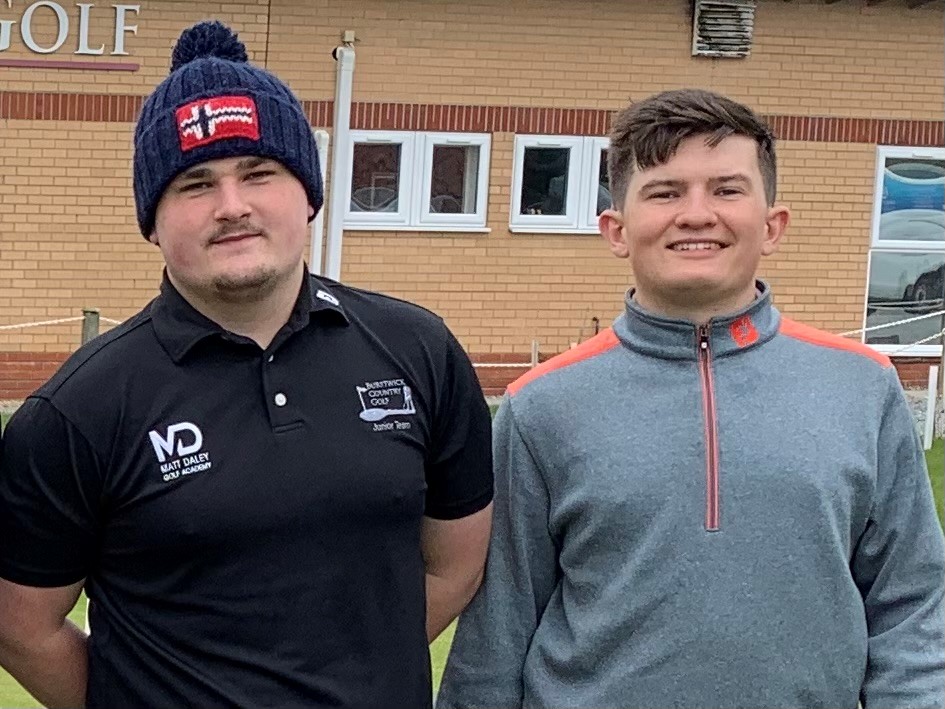 Hornsea's near perfect start to the 2022 Junior League group stage was brought to a shuddering halt as they lost 4-2 to an impressive Burstwick side. However, Alfred Anderson's dramatic last hole victory over Tom Ward has mathematically sealed Hornsea's place in the final at Ganton.

In the second match, Alex Hewitson (pictured left) was always in control against Seth Topham and ran out a 4&3 victor. Ashton Webb (pictured right) then brought Burstwick right back into the scramble for a spot at Ganton with a win over Lilly Anderson by a slightly more emphatic 5&4. The +8 hole difference gained on the night could prove vital if calculators are needed next week!

In the night's other game, Cottingham entertained Hessle who needed maximum points to haul themselves back into the league reckoning.  Similarly a convincing win for Cottingham would give them one foot in the final.

Two of Cottingham's East Riding under 18 stars Ewan Mackenzie and Cooper Beck, fresh from an excellent victory against York Union yesterday, found themselves up against two of this year's most improved juniors as Hessle came out of the blocks quickly. Grace Lambert, now off 4.0, took care of business with a ruthless 4&3 victory over Ewan and Will Sharpe triumphed over 'Coops' on the 17th green. Will's brother Sam completed the rout with a 5&4 victory over Tom Anderson.

So Hessle's 6-0 win catapults them up to third in the table. Hull stay second despite having no game this week and Alfred's win allowed Hornsea to extend their lead to 4 points at the head of affairs.

All six teams play next week and only Skidby cannot now make the final. Hull go to Cottingham needing one win from the three matches and Burstwick welcome Hessle in a winner takes all shoot out.

Members Event at Boothferry Cancelled and to be Rearranged