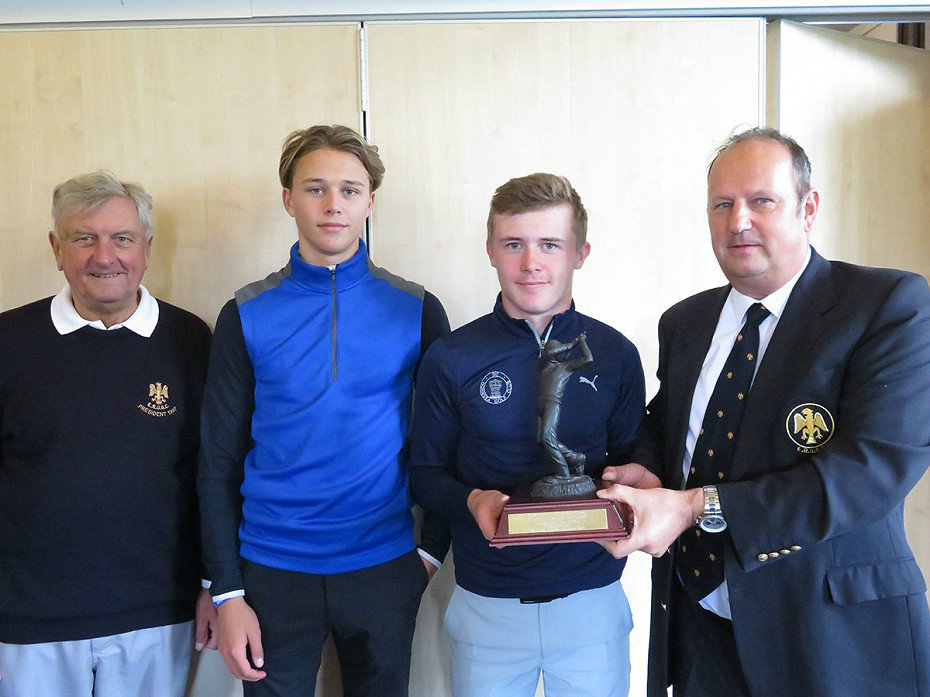 The day started in overcast and cool conditions, but very little wind!

Unfortunately George Davies injured his arm the day before playing golf at Ganton and had to withdraw, thus allowing Jack Maxey a walk over to the final. The other semi was between Charlie Milner and Tom Duck with a steady start for both players over the first couple of holes, before Charlie took command of the game winning 4 holes to the turn. Unfortunately Tom could not produce a come back and Charlie was through to the final against Jack.

The final was similar with Jack taking control from the first with a birdie start to go 1up. By hole 8 Jack was 3up, but a birdie on 9 and a par on 11 from Charlie pulled the game back to 1up. Jack steadily moved to 3up winning on 16, 3&2 and retaining the trophy for another year.

The match was played in the true spirit of the game and it was a delight to watch. My thanks to all players who have taken part and congratulations to Jack who has had a tremendous year! 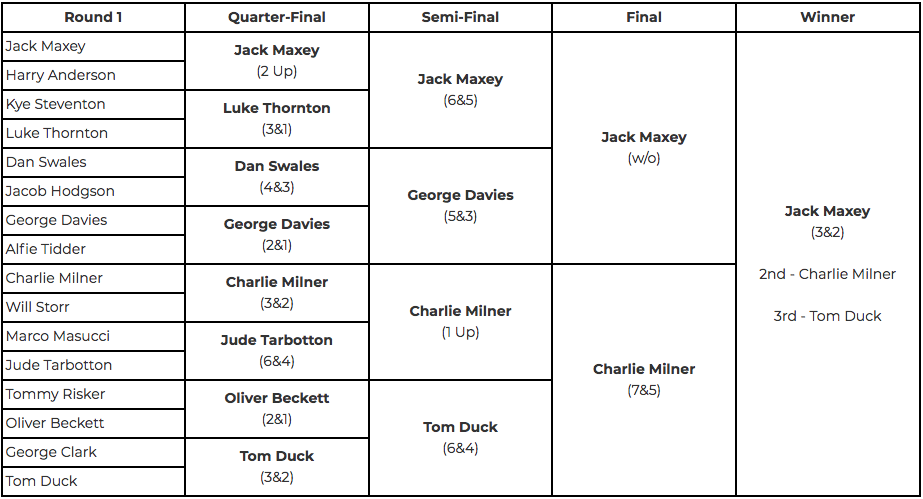